From July 22nd to July 29th 2018, Jair, Max, Mo and Efe were attending the ITF Fight Evolution Summer Camp by Katya and Oleg Solovey in Ukraine. Here’s what happened. 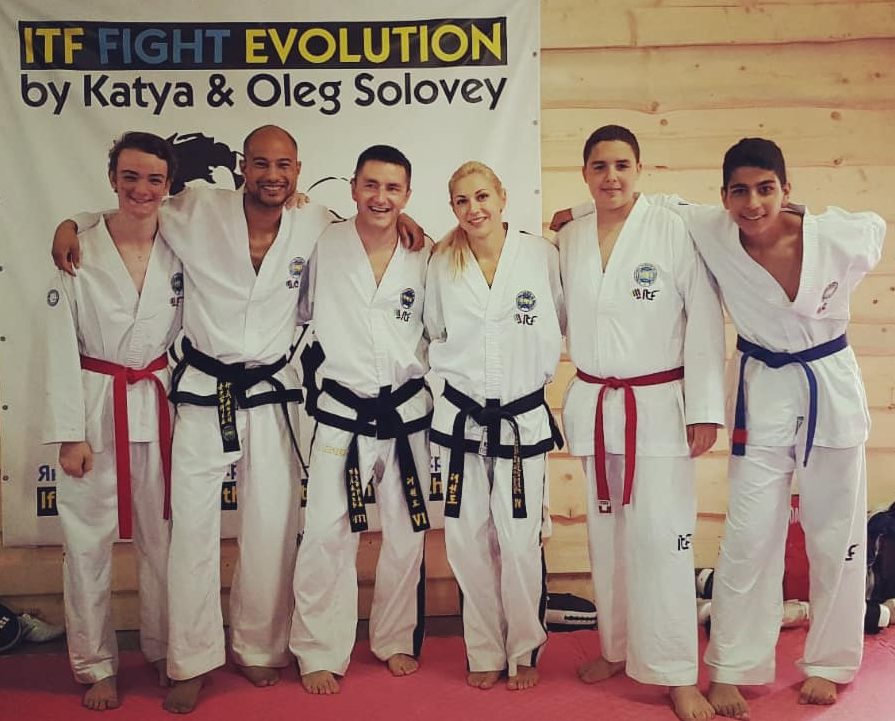 Unless you’ve been under a rock, or without internet, you know the annual summer camp by the lovely Soloveys has been raging in the Carpathian mountains in Ukraine last week.

For Taekwon-Do School Amsterdam it was the first time we would attend the camp, though it has been on our bucket list for a while of course: we are huge, huge fans of the Solovey sparring style for obvious reasons. Since a couple of our students attended the Amsterdam seminars, things heated up even more and tickets were booked without much hesitation. 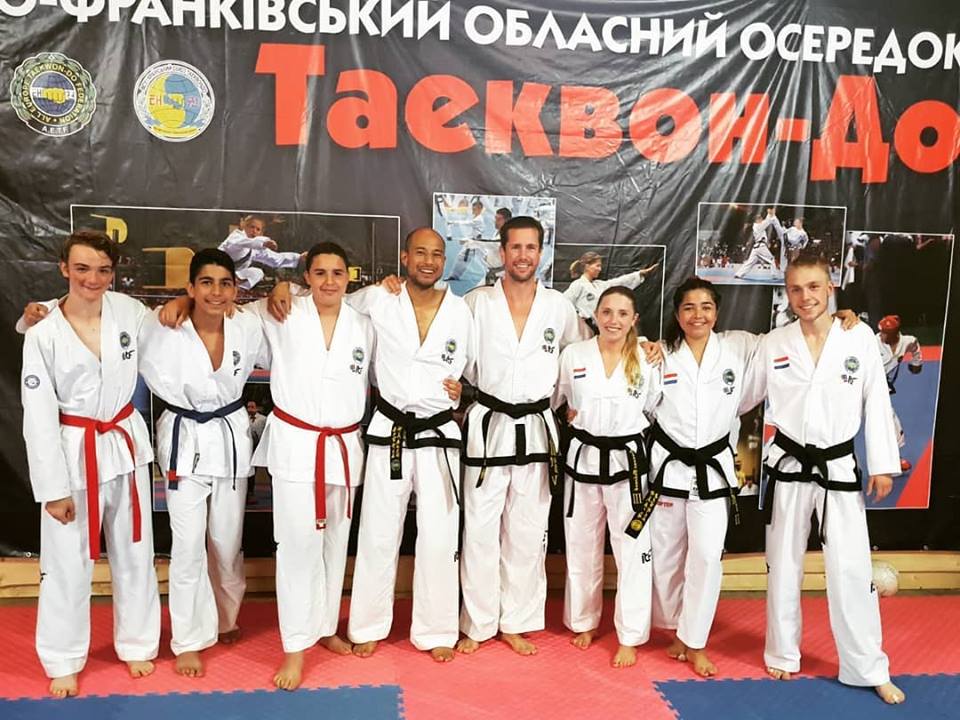 On a funny side note: when one of our students heard “camp”, he thought about games in the woods, marshmallows, camp fire, kumbaya, etcetera.  But then he saw the videos of previous editions on Youtube, after he signed up 😀

After a flight via Warsaw to Lviv, and a taxi ride from Lviv to Ivano Frankivsk, we arrived at the hotel, where a lot of participants from all over Europe already had gathered to spend the night. The next morning Oleg Solovey had arranged a big bus to take us all to the camp in the mountains.

The engine of the bus had different plans though. Even after Master Cooley magically revived the motor and set us back on track, a replacement bus was called in when the bus came to a halt the second time. All part of the adventure!

And what an adventure it turned out to be. We were warmly welcomed by Katya and Oleg Solovey on arrival at the camp location and were shown our bunks.

Later that afternoon we got our first training in. A warm-up to what was about to unfold. A spicy little “amuse”, you might call it…

The next morning our daily routine for the week finally broke free: a session of (uphill) cross-country running or a crossfit session before breakfast, sparring drills (with and without training equipment) before lunch and sparring in all shapes and forms before dinner. Colored belts, black belt females and black belt males trained in separate groups. After day 1, everybody agreed that this camp was serious business… Exactly what the doctor ordered! 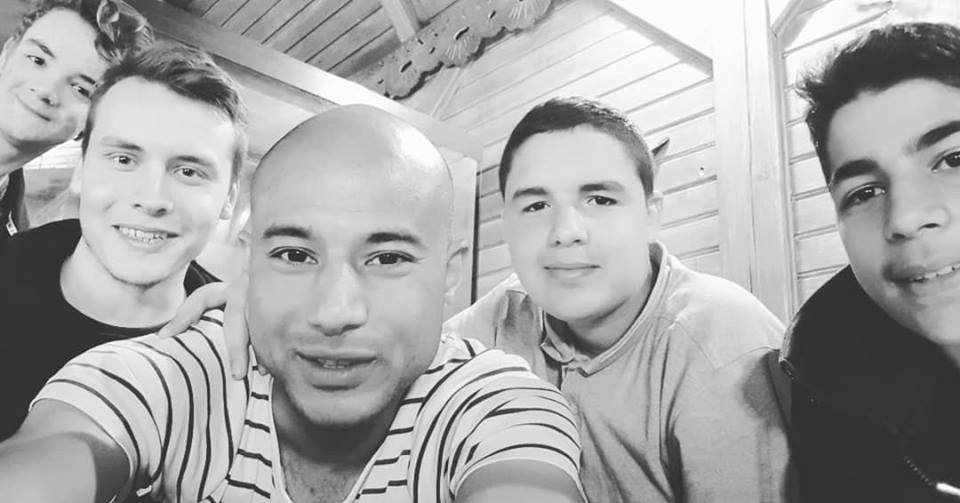 With our roomie Antti from Finland

With such a high level of participants, consisting of many European top ITF competitors, a delegation of the famous Kiraly team, guided by Katya and Oleg Solovey, the magic really happened while the camp progressed. We trained as the Soloveys train their competitors. Highly technical, very explosive, very dynamic, lots of sense of timing, laced with tactical tips. We loved the attention to detail, so many counter options for every phase and type of a yop chagi!

You’d really need to spend a long time with the Soloveys to go through everything  they’ve cooked up – and then you’d still need to master the moves up to level of confidence that you’re able to apply them in a fight.

As Oleg puts it, it’s up to us to bring ITF Taekwon-Do competition sparring to the next level. This means looking for inspiration everywhere: other great coaches and competitors – past and current, also outside the realm of ITF Taekwon-Do. If you can make it work: go for it.

After 2 days of hard work, “Train, Eat, Sleep, Repeat” was our only reality. No wonder the sports masseur was fully booked for the following days – and the surprise morning and afternoon off, during which we could go quad riding, was a very welcome. (Unfortunately a bug caught Jair off guard and put him in bed for a while…) 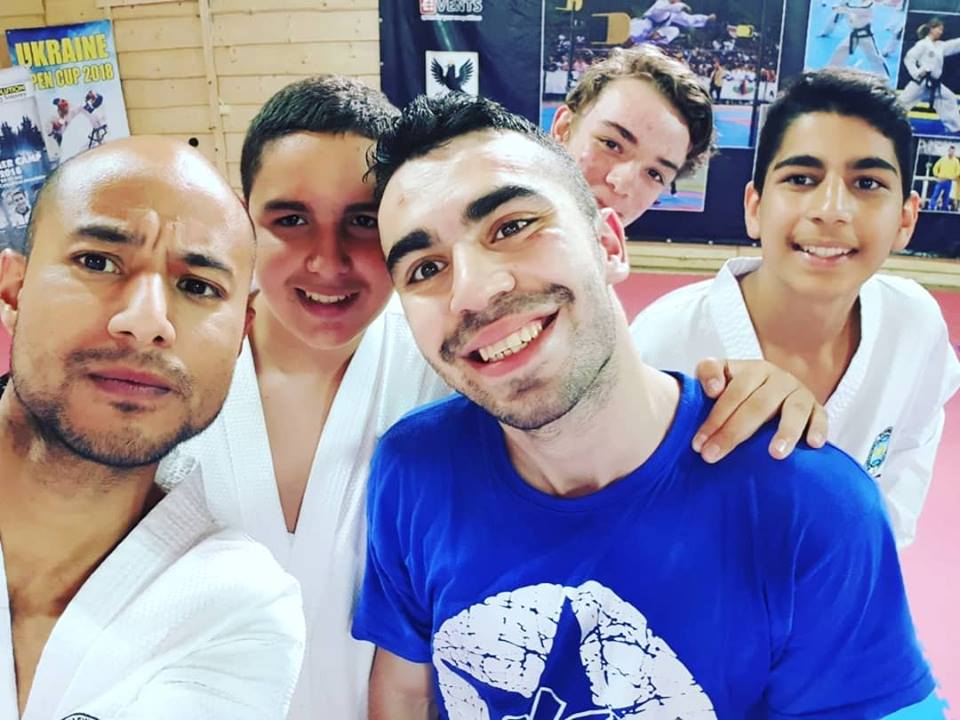 On Saturday it was fight day: Team Sparring for the black belts and a normal competition for the colored belts. For those who were still standing, that is. Much respect to those who geared up after a week of showing grit at the highest level. The 4 teams consisted of 3 males and 3 females each. In the end, Vitalii Solovey’s team won, but we saw awesome performances from many of the competitors. A joy to watch!

And then there was only one more item to check off: the big Sayonara party. We had a lot of fun during that night ?

On our last Sunday in Ivano Frankivsk, part of the group had a final dinner in town together and had the final competition of the camp: bowling. It was pretty clear where our talent lies.

This is where our adventure kind of peaked for a second time. After an early breakfast we were picked up by our taxi driver, who drove us to Lviv, his home town. Because we were to arrive well in time for our flight, we kindly asked the driver to show us his city by car. Lviv looks beautiful, definitely worth a closer look! But alas, we had to catch a flight to Amsterdam, via Warsaw.

The flight was delayed. We missed the connection. We stayed a bonus night in Warsaw! Again, a very beautiful city which deserves another look.

So, back in Amsterdam. As a teacher, I’m a little jealous of my students. They live in wonderful times, to be able to just hop on a plane and visit such world class instructors in an 8-day camp with some of the best competitors Europe has to offer. That opportunity was so much rarer back in my days. Also, I got to know them just a little bit better. And they me.

I just hope they got inspired. They’ve never been to a European or World Championship. Heck, some of them hadn’t even travelled abroad without their parents before. They’re not international top fighters. Maybe they will never be, maybe they will. But they were there, at the camp – this camp!, training, watching, getting ideas, meeting people from different cultures, making friends, having unforgettable experiences. That’s theirs forever.

And we’ll probably go at it again next year! 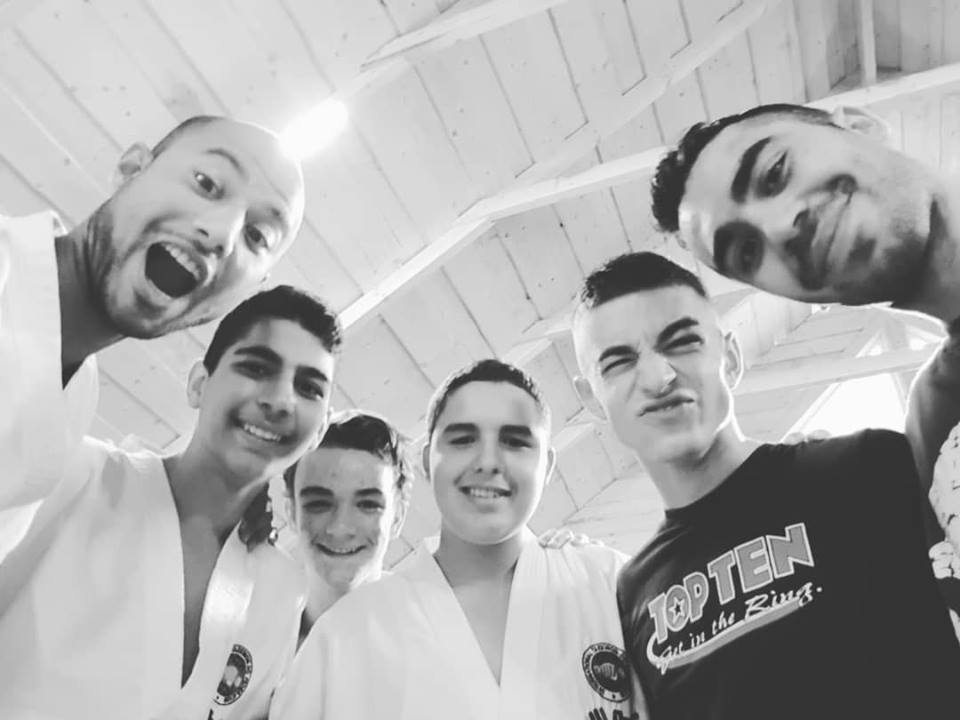 With Vitalii Solovey and Tural Masimov